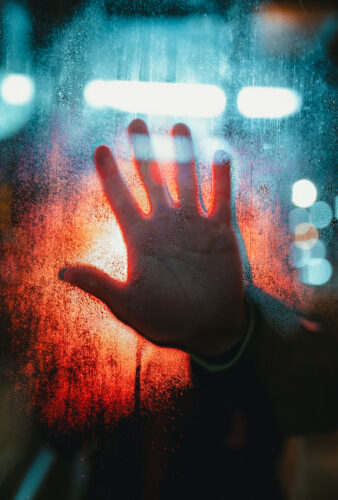 A voiceover’s work tells the story of any form of major change – economic, cultural, social. We get to voice scripts that reflect what’s happening locally, nationally and globally. The spectrum of our work chronicles unfolding events, often starkly.

If there’s a recession, advertising dries up and suddenly we’re recording projects about debt management, marriage breakup and mental health awareness. During an economic downturn, there are no ads about new housing developments.

If the country is involved in a global sporting event – as we were in the London Olympics of 2012 – we’re voicing jubilant, celebratory ads full of national pride, selling barbecues, beer and TVs. Recording that kind of audio is fantastic.

If the Chancellor has announced a boost to the housing market, a voiceover will be recording stuff about home improvements, tiling, carpet, conveyancing solicitors, paving flags and gravel.

And if you’re in the middle of a pandemic, you get to see the sudden, brutal truth of what it means for people’s lives.

At the beginning of the coronavirus crisis voiceovers around the world noticed there had been radical, sudden change.

Advertising fell off a cliff.

TV ads were rare and if they were in production, they were voiced alongside stock images, cartoons or iPhone footage – any kind of visual that could be put together easily on a computer without the need for a crew, actors, a catering truck.

Radio ads all but dried up. At the beginning the only radio ads I was asked to voice were for funeral directors, divorce lawyers (later, there’d be commercials for probate lawyers), and hand sanitiser. In the early days of this crisis, I voiced nothing for the travel industry. Nothing for hospitality.

While the supermarket shelves were being stripped by people scared they wouldn’t be able to feed their families, I was voicing scripts telling people not to panic-buy, that sales of products were restricted to no more than three items of any one type of product per customer. That loo roll was rationed. That nobody should worry – the supply chain would return to normal if everyone calmed down.

A week or so into lockdown I was asked to record a script for a local authority asking people to show kindness. That was quite a thing – a commercial selling compassion. Voicing it, I found it incredibly moving.

Running as a through-line throughout this crisis I’ve been voicing on-hold messages for businesses – scripts about altered opening hours, booking procedures, and hundreds of ‘don’t worry, we’ll be back as soon as government guidelines change’ messages.

As week followed week, scripts started to filter though about social care: appeals for foster parents for children in urgent need, domestic violence awareness ads, ways to help your own mental health, appeals for people to return to nursing, to work in care homes, to offer to help out elderly neighbours with their shopping.

People were in need; people were suffering. I could see it in the scripts I was being asked to read.

Some of the saddest were the ‘we’ve got to close our business but thanks so much for your custom over the years.’ There were lots of these stories of endings.

I recorded lots of films for companies reassuring customers about safety measures. How staff had enough PPE, that social distancing was firmly in place and that customer and staff health and safety was paramount.

There were lots of educational scripts to do. Stuff for kids, stuff for parents suddenly recruited to home-schooling, stuff for institutions telling their staff how to deliver training packages to remote learners. Stuff about how to connect to a router, use a webcam, adjust computer mic settings.

It felt bizarre. The nature of my work changed almost overnight. Just one look at the clutch of scripts I’d been asked to record would tell you there was something very wrong with the world.

And then I was asked to be the voice of a talking drone. My job was to record audio that instructed people to get back inside their houses and only go outside if they needed food, medical supplies or if there was an emergency. This announcement was not for the UK.

At around this time ads for care homes started to filter through. There was now a need to fill English care homes as so many residents had been lost.

I was sent scripts to be broadcast on public transport, telling customers that wearing masks is now mandatory and that people who don’t wear them may have a hidden medical reason for not doing so. I recorded scripts calling for kindness, consideration and respect.

For businesses able to open their doors once again, they have a message of reassurance, of comfort. ‘We’re still here and we’ll look after you.’

In this period, podcasts have boomed. Games, animation, apps, e-learning and online marketing is flourishing. Telephony is thriving. Advertising is still on life support.

In all this, the scripts I love to voice the most are the ones offering hope – medical narration explaining the latest research findings to doctors.

When I’m in my dark studio, alone with my microphone, my desk light and a bunch of scripts telling a story of pain, of loss, of suffering, I’ll read a script that offers hope.

That’s a story I long to tell.

The story of how we’re all, finally, healing.

Just what’s been going on at Clarke Gables?