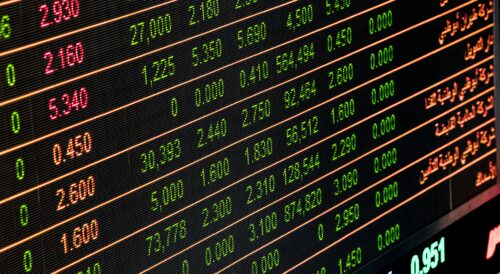 These days you can’t turn on the radio without hearing an apocalyptic announcement about financial Armageddon.  If the news channels are to be believed, soon we’ll all be wearing sacking and eating turnips while greedy bankers will be forced to walk through the streets wearing leg irons, getting pelted with mouldy P45s.

In the Credit Crunch, the baddies are the bankers and the goodies are…well, it’s hard to say really.  The politicians are being lambasted for not realising there was something going on when Miraculous Magic Money started appearing on balance sheets, consumers are being criticised for being too materialistic…and the journalists are busy telling us what we should all be thinking.  But the baddies are sure as hell out there and they need to be caught, punished and humiliated if the Daily Mail is to be believed.  If this was an episode of Scooby Doo, Obama would be Fred to Gordon Brown’s Shaggy. And at the end of the adventure, the meddling kids would rip the mask off the monster only to reveal a balding middle-aged man with a few too many Lear jets stashed up his country seat.

Honestly, I can’t help but feel that some news editors are actively sweeping good news under the carpet.

But enough of my half-arsed political comment – I do funny voices for a living, for God’s sake, what the hell do I know? – what does the Credit Crunch ™ mean for the wonderful world of advertising?

1) Well, for a kick off, clients are squeezing every last drop of value out of their commercials.  And as far as radio’s concerned, that means massively over-written scripts.  Now more than ever clients think the number of words they have in their ad is directly proportional to the value of aforementioned ad.  The sales execs have promised the client ANYTHING to secure the business, the copywriter has told the client they can have the moon on a stick if they want it and really, who can blame them?  If it’s the difference between winning and losing the deal, what’s a few extra words between friends?  So first and foremost, prepare for your ears to be assaulted by massively over-written scripts.

2) Regional accents are HIP!  In today’s world frugal is the new funky, luxury is a dirty word and advertisers are falling over themselves to show how simple and straightforward their products and services are.  And for commercials, that often means someone’s said “I know!  Let’s put a Northerner on it!”  This is because Northerners are solid, no-nonsense people whose dulcet tones mean honesty, reliability and the sort of pleasurable earthy quality you experience when you buy a comfy pair of gumboots.  Or maybe that’s just me…

3) New media ROCKS.  This is FACT.  When clients can’t be persuaded to fork out for radio and telly campaigns, they can sure as hell get more bang for their buck by upgrading their website.  Podcasts, vodcasts and audio commentaries are IN.  Clients are on a winner because the lifespan of the podcast is, like, forever and they don’t have to pay airtime fees.  If they’re savvy, they’ll get a podcast template created that can be easily updated without incurring bowel-curdling costs.

4) Stylish telephony is a great way to eke out extra marketing opportunities.  Having a professionally produced on-hold message can do wonders for a company’s presentation and can make existing customers aware of promotions and new products.  So ditch that sad old announcement that Nasal Natalie from Accounts recorded years ago and GET IT DONE PROPERLY.

5) It’s sad but true that some of the big recording studios have gone pop but this is great news for smaller production companies.  Today, clients who wouldn’t have been seen dead anywhere other than a glitzy London production house can be spotted in out-of-town studios getting great production for a fraction of the cost.  True, there might not be the same quality of croissant laid out on the coffee table but hey, bring an apple instead.

And if you need cheering up in these dark days, download Peter Dickson and The Credit Cruncher’s hit song!

the girl in the office