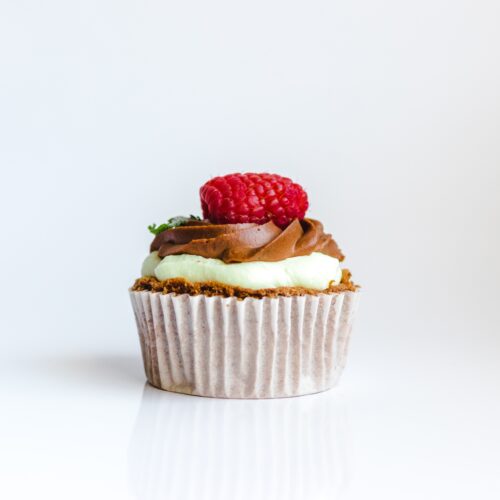 Last night the BBC rang to ask me if I’d take part in a debate onRadio 5 Live ‘s Stephen Nolan Show about people who make fat jokes.  (They asked me because I’m on their list of pundits, not because they think I’m fat.  Or at least, that’s why I hope they asked me to contribute…).  Dawn French had allegedly said that ‘fat jokes should be banned’ because they’re ‘offensive’ and are unnecessary, unkind jibes at fat people who, apparently, are a vulnerable group.  The BBC wanted me to be ‘fierce and feisty’ in the debate and wanted to know what I thought about it. Regrettably, the debate was bumped because a major news story broke so I thought I’d blog about it instead.

If Dawn did make those comments – that is, assuming that she’s not been hideously misquoted out of context – then WTF?  Surely Dawn French has built her entire, massive comic repertoire around her even massiver frame.  She’s made HUGE wonga out of fat gags.  In fact, the fat gags in Dawn’s stuff were, like her ample bosom, brimming over; her cups did, in every sense, overflow.

Remember the immense PJs she wore in The Vicar of Dibley? That sketch she did with Darcy Bussell, the prima ballerina, when she pretended to be Darcy’s reflection dressed in tutu and tights? Or the Baywatch sketch where she pretended to be Pamela Anderson?  Those gags relied on her size to get the laughs.  They wouldn’t have been funny without the flab.

But wait a cotton pickin’ minute, Dawn!  Why the change of heart? And then it, literally, Dawned on me.  She’s been got to.  She’s been brainwashed.  The covert agents of political correctness who slink noiselessly up and down every hallway in every institution in Britain listening out for people uttering filthy heretical calumny about black people, gay people, short people, disabled people, vegan people, Mancunian people, people who’ve got flock wallpaper, people who like Simon Cowell; people who drive Twingos; people who genuinely enjoy Most Haunted; people who live in Daventry…  Their prim patronising finger-wagging and paranoid litigious little minds have convinced her – and umpteen people like her – that comedy is only acceptable if it’s not poking fun at anybody.

Well, hello?  Is it just me or is that MENTAL??  If we carry on like this we’re going to end up with an EU approved list of things we can be funny about.  Written by somebody like Peter Mandelson. Just think about that for a minute.

Not funny, is it?

There’s a difference between a joke made in the context of a comedy, light entertainment production and a nasty comment said to hurt and humiliate somebody for a laugh.  It’s blurring the boundaries of these polarised situations to suggest that they’re the same thing.

In our culture, we enjoy laughing at losers, at failures, at inadequate characters:

These shows were hilarious.  And our popular culture would be poorer without them.

Last week the creator of The Thick Of It, Amando Ianucci, was asked to comment on the worrying trend of comedy writers who are too scared to take any risks.  “Jokes aren’t true,“ he said. “They’re lies, they’re exaggerations, they’re distortion, they’re imbalance, they’re having a go, they’re bullying, they’re insulting.”

I’m with Armando all the way on this.  In a joke, there’s always an underdog, a straight man and a funny man, there’s always conflict – without that dynamic the comedy just won’t work.  In fact, it wouldn’t be comedy.  It would be a morose, moribund exchange between wan-faced characters who, frankly, the audience wouldn’t be arsed about and certainly wouldn’t find funny.

But following the row over ‘obscene phone messages’ left for Fawlty Towers actor Andrew Sachs by Radio 2 presenters Jonathan Ross and Russell Brand, the BBC have issued new compliance guidelines.  The over-riding message is that comedy is only acceptable if nobody, but nobody is going to be offended.  And honestly, I’ve flicked through the Rolodex in my massive comedy brain and I can’t think of a single gag that wasn’t potentially offensive to somebody, somewhere.

This evening I was watching Garfield’s Fun Fest with my children.  Garfield cracked a fat joke.  He said: “I’m so fat I once got on a ferris wheel and the guys who got stuck at the top starved to death.”  Reader, I actually LOLed.  And then I thought, if Dawn French was here, would she say I was disgusting and heartless for laughing? Would she be campaigning on behalf of obese cartoon characters everywhere?  Would she take part in a 5 Live debate claiming that an animated cat had been cruelly victimised?

At a recent BBC event, writers were told that they should take risks sensibly.  But as Executive Producer Jon Plowman says, “That sounds to me like ‘if you’re going to jump out of a fifth floor window, please do it carefully.”

In Canada there’s a new comedy being shown called ‘The Little Mosque On The Prairie.’   Can you honestly imagine that being produced over here in Britain?  Can you imagine a writer brave enough to write it?  A broadcaster to show it?  I ruddy can’t.

The BBC Commissioning Editor for comedy and light entertainment, Caroline Raphael, echoes this sentiment.  “It’s a concern for all of it,“ she’s said.  “Not just new talent but established talent are getting concerned.  You read comedians in major papers writing ‘is it worth it?’ and you just want to weep.  If they’re put off by the hoops they perceive they’re being asked to jump through, it’s really worrying.”

Caroline Raphael wants writers to avoid making assumptions about risky material.  “My message is this – just talk to us.  Don’t assume, like a naughty child that mummy and daddy will say no automatically.  Let’s talk about it.  But the worry is we never get as far as that conversation.”

Back at the BBC, the researcher at 5 Live asked me if I was a larger lady.  “Are you, you know, going to be looking at this from, you know, Dawn’s point of view?”

“What do you mean?” I asked, suspiciously.

“Well, you seem to be saying you disagree with her stance but I’m wondering if you’re, you know…like Dawn…”

There was a pause.

“Well, er, yeah. Because then you’d probably be in a better position to laugh at fat jokes because you’d, you know, sympathise.”

“So you’re suggesting that only fat people qualify to laugh at fat gags?” I snarled.

“Well, you’re talking bollocks.  And incidentally, for your information,“ I said, a little defensively, “I’m actually only big-boned.”

She muttered something about me being fierce and feisty and then changed the subject.

But seriously, are we going to reach a point where we have bouncers on the doors at comedy clubs checking people’s Body Mass Index?  “Sorry, love, you can’t come in.  There might be fat gags here and you’re just too svelte.”  Are we honestly delineating who has and hasn’t got the right to find something funny, based on their own life experiences?  Are we going to have to fulfil criteriabefore we can enjoy a guilt-free laugh?  Can’t a joke just be funny any more?

Comedy is uniquely placed to raise serious issues.  By watching comedy that forces us to question how we feel about our own prejudices, we learn about ourselves and the society we live in. Boys From The Blackstuff; Secrets and Lies; The Office; The League of Gentlemen; Brass Eye.  All these brilliant shows are examples of comedy writing that’s taken risks, touching ‘risky’ topics like race, sexuality, religion, disabled people, paedophilia. They’ve all used material that’s potentially offensive.

But they’ve challenged how we think.  They’ve taught us how we live.

If comedy is going to be stunted by bloody political correctness, I’ll get my coat, which, for your information, isn’t in a very large size.  At all.

thanks for the support

An out-take with a double-take