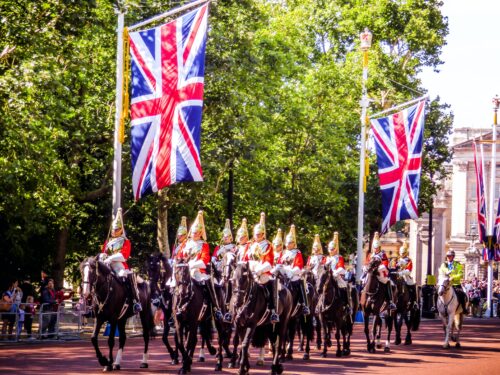 So sorry for radio silence…but I’ve been ill with gammy lungs.  I’m prone to horrible chest infections and this one was no exception.  In fact, it excelled itself in its capacity to a) turn me into a wheezing wreck and b) make me look terrible.  Now the antibiotics have worked their mouldy magic, I’m back in the land of the living!  Or at least, I’m back in the land of the audio industry…which, arguably, is not the same thing at all.

So how have I spent the first few days back behind the mic?  Well, I’ve voiced a very interesting training manual for commercial pilots.  I can now talk knowledgably about vectors, weight and balance calculations and runway condition.  Oh yes.  I’ve just delivered a medical audio visual job all about treating ankle sprains.  (I didn’t have to supply pictures of my ankles, sprained or otherwise…that’d be just wrong.  No, I just did the voice bit).  And I’ve just done an ad for discount bacon.  As ever, it’s a mixed bag.

One of my customers asked me what I reckon being middle class is.  He asked because the direction on a script we had to do bore the legend “nice, bright, middle-class voice.”  It’s an interesting question.  How is the British class system portrayed in radio ads?

Often copywriters will put ‘posh’ on a script, to let the voiceover know how they want it delivered.  But they don’t necessarily mean ‘upper class’ or ‘aristocratic’ – they just mean sophisticated and confident.  In scripts where the aristocracy is portrayed, it’s usually in a skit; in England, we like to be satirical about very upper class people.  They show up as chinless Hooray Henries, green-welly-wearing matriarchs or spoilt, braying buffoons.  I can’t remember ever voicing anything that showed very wealthy people in a positive light, actually.  Maybe that says something about the British psyche.  We don’t like being upbeat about fortunate people.

Most radio ads are pitched at what we generally perceive as ‘the middle class’ and most of the ads I do are largely aspirational; they suggest the listener has enough disposable income to spend on breast augmentation / holiday homes in Bulgaria / nights out in clubs with tempting drinks promotions.  Commercial radio has to operate on the premise that most of its listeners have enough money to respond to the ads and buy the products and services advertised.  Without that assumption, the business model of commercial radio stations rather falls apart.

So in Radio World, the middle class is…well, virtually all of us.  The class of people who worry about sending their adolescent to the right college, who eat out at Carvery restaurants, go to concerts, are regular cinema goers, watch a panto at Christmas, join gyms, have expensive country house hotel weddings, appreciate the merits of having a car with a decent warranty, listen attentively to car safety messages and frequent out-of-town designer discount ‘retail villages.’  In advertising, middle class people care about status symbols, but not in a tacky way.  They care about their fitness and nutrition, they take quality family time seriously and if they have childcare, they want their kids to be nurtured, stimulated and educated.  They take out loans, have credit cards and lots and lots of debt.  Basically, in radio advertising terms, the middle classes are expected to SPEND LOTS OF MONEY.

The working class is barely represented in radio ads.  (Do working class people even exist any more in commercials?) They crop up occasionally in debt consolidation ads and commercials that feature a sketch about manual workers (plumbers, brickies etc).  And how can we tell they’re working class?  They have regional accents, that’s how.

Social issues such as alcoholism, domestic violence, drug abuse, gambling and debt problems have a history of being perceived as being more pervasive among lower income families…but I have a sense of that perception changing.  It doesn’t feel right in the noughties to assume that issues like this are solely the domain of non-university educated manual and menial workers; it’s patronising and inaccurate.  And in the radio ads that cover these areas, they’re generally pitched at ‘the middle classes’ –  ie. people with only a hint of a regional accent (if any) who are articulate, educated, self-aware and open to the possibility of change.

Here’s a quick overview of how the British class system is portrayed in radio ads:

Middle classes – bright, perky, enthusiastic, cool, urbane, sophisticated people who know a bargain when they hear a voiceover talking about it on the radio.

Working classes – not too dim sounding and with a reasonably strong regional accent.

So what’s being middle class?

Listening to commercial radio is, that’s what.

one of the most bizarre ads i’ve ever voiced