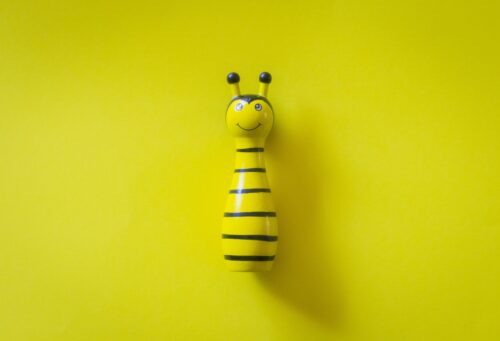 (Please be warned:  the content of this blog is unsuitable for anyone under 18, or anyone who regularly reads The Daily Mail).

This blog is also featured on fab new site:  bitchbuzz.com

One of the commercials I had to read this morning was for broadcast on a local radio station for an out-of-town ‘adult superstore’ on an retail park in Northern England.

At this point I realised that the role play element was obviously crucial to the success of funwear. You can’t pull it off successfully (so to speak) without really entering into the spirit of it.  For instance, I doubt that anybody wearing a French Maid’s outfit would be seriously willing to scour a griddle.

The start of the ad was a three-line exchange between two women to be read ‘in a suggestive manner.’  I was to play the part of the first woman.

Second woman:  Is it really?

First woman:  Oh it is!  In fact, it’s the most enormous one I’ve ever seen in my life!

And at that point, a male voiceover (who sounded as if he was lounging on a leopardskin chaise wearing nothing but a sheen of baby oil) listed a taster of the products available and informed the listener how to find the store, and that was the end of the ad.

So having briefly read through my bit the gag was obviously a nob gag.  I was meant to sound like I was talking about a massive penis but actually – do you see what they did there? – I was talking about the spatial proportion of the actual superstore.  Clever, eh?

So I read it, did the obligatory sexy giggle at the end of the sketch to help the conceit along a little, said my goodbyes to the producer and that was that.

It came back for a remake.

“The client wants it to sound more tense at the beginning,“ said the producer.

“Yeah.  He wants it to sound dramatic and full of subtext.”

“Just do it,“ said the producer.

“Yeah, that’ll do,“ said the producer, and that was that.

A couple of hours later, he rang again.  “It’s back,“ he said, on the verge of tears.

“What’s wrong with it this time?”

“The client says he wants you to sound more surprised on the word ‘seen’ as if you really never have seen anything so enormous in your life.  As if you’re talking about a huge penis.”

We recorded it again.  “It’s the biggest one I’ve ever SEEN in my life!” I breathed down the microphone.  I did it a few times, putting the emphasis on different words, upping the inflection on the end, then going down on it.  So to speak.

Except, sweet Jesus preserve me, it wasn’t.

“What’s wrong with it now?” I said.  Now I was virtually on the edge of tears.

“He wants you to say that line quicker.”

“But I thought he wanted it to sound tense.”

“But if I go quick and try and sound tense, I’ll just end up sounding shifty.”

This time, the head of creative came to listen in, just to check we weren’t going to make a mess of it again.

“In fact, it’s thebiggestoneI’veeverseeninmylife!” I gushed, several times.  I tried to suggest tension on the languorous ‘in fact’ then rushed out the rest of the line as if on the brink of an orgasm and not an embolism, which was becoming a distinct possibility.

Spent, I put my head in my hands and waited for the verdict from the Head of Creative.

“It’ll do,“ he said, giving my performance the ringing endorsement it so richly deserved.

And that, finally, was that.