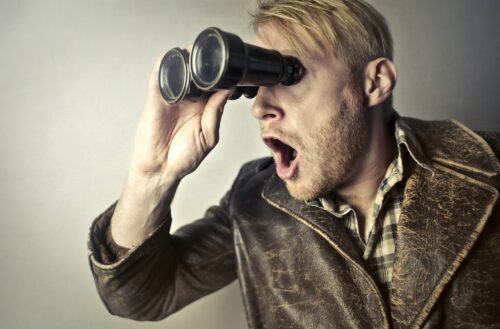 Of course, that’s what happened with my Web site when the story broke about my spoof Tube announcements. Well, not quite all in the same day. I’ll leave it to Peter Labrow, of Labrow Marketing, who is my Web designer, to explain.

Peter Labrow: “It’s often said that you need to expect the unexpected, but clearly that’s a logical impossibility. We’re ready for our Web sites to take on a lot of hits, but when Emma’s news story went global, I have to say we just hadn’t expected it.

“I’d love to say that it was all a cunning PR ruse, but it wasn’t. Emma, who is one of the loveliest people you will ever meet – and one of the funniest – just wanted to spread some mirth, so she thought that some spoof London Underground advertisementswould be a laugh, since she’s the ‘voice of the Underground’. And they were a laugh. People loved them. At that point the site was getting a few hundred visitors a day.

“Then the Mail on Sunday misquoted Emma, who didn’t say at all that she doesn’t like the Tube. What she actually said was that she doesn’t like the sound of her own voice on the Tube, it makes her feel uncomfortable. At that point, the site was getting around 3,000 visitors a day. Anyhow, it seems, based on that, Transport of London decided that Emma’s future contracts would “experience long delays” – ie, she’s sacked.

“Well, I don’t know if Transport of London takes PR advice, but if they do, they should rethink their agency. The national press picked up the story, then the radio, then television. Then it hit the news wires. Then it went global. In the space of a day, the story went from being covered by a handful of publications to being covered by over three hundred major press sources. The Web site visitor numbers jumped to well over 330,000 in one day. So, instead of putting a lid on the story, Transport of London got everyone talking about it. And what are they saying? Well, a variety of things, if you follow the blogs. Quite a bit of abuse has flown Emma’s way, but mostly it’s support. People feel that it’s great to have a sense of humour and Transport of London should lighten up. They like the announcements. They’re also talking about the state of the Tube – which is not really something that Emma did – but their statement has got a lot of people’s backs up. The Tube isn’t perfect and shouldn’t be beyond a joke being made. The view of what the Tube is like is very different in the minds of many commuters than it is in the mind of Transport of London, so it seems. As I said, if Transport of London has a PR team, and they briefed the company on giving that statement, they should feel pretty hot under the collar, as their actions have escalated the story to global level: all eyes are now on the Tube. When people travel on the Tube for years to come, this is something they will really remember. Doh!

“What perhaps they should have done is contact Emma (they’ve still not done that, amazingly, preferring to talk through the media it seems) and say: “quite like some of these, don’t like these two, any chance you can take them down and swap them for something a bit less ‘out there’?” – and, if they were brave enough, commission a few spoof ones to be played at Christmas (“if anyone sees a reindeer on the track, please inform a member of staff immediately”) and on other holidays. They could have turned this into a PR triumph, but they didn’t. How much did people love it when Tom Baker was the voice that delivered text messages? It gave a more relaxed human impression of BT.

“Emma has a lot of backing. People have written to Ken Livingstone. There’s even a Facebook group campaigning for her to get her job back.

“Anyhow, as the Web developers, we had a practical issue. If we had 300,000 people wanting to load pages, no problem, but we didn’t – we have 300,000 people wanting to each download around 1.5Mb of MP3 files. Technically our system could handle it – thankfully – but the issue was the cost of the bandwidth, which at that rate was going to hit thousands of pounds for a few days of that level of traffic. That’s a lot of money for a personal Web site. We decided to shut the server down – we also thought that it might take the heat out of the story.

“Quickly, we moved the site to another ISP and made ready to make it live again – but we decided to hold off a little longer until the story was no longer on the home page of every newspaper on Earth. The site is going live today (in an hour, as I write this) and then we’ll all put our hard hats on and head for cover.

“As Web developers, we couldn’t have prepared for this scale of interest, but now we’ve experienced it, we’re putting in plans to handle it smoothly if it happens again. It really is preparing for the unexpected. Imagine inviting four people for dinner and four million come – you just can’t spread the gravy that far.

“But the biggest lesson for me is the power of handling a situation in the wrong way. If the Mail on Sunday hadn’t misquoted Emma, the story would have only been covered by a handful of papers (“Tube woman releases funny announcements”), we’d have got maybe 30,000 site visitors and that would be it. But no, we didn’t expect the story to be misquoted, we didn’t expect Transport of London to believe that misquote and we didn’t expect them to make such a large PR gaff as to publicly ‘sack’ her without talking to her first. But that’s the way it fell!

“Why one Earth did Transport of London believe what was written in the papers, without checking it first with Emma?

“In the long term, Emma is actually quite likely to benefit from this. She’s got job offers you wouldn’t believe (and ones that I can’t tell you about) and a level of press coverage that a PR company simply couldn’t, in a million years, predictably generate.

“Praise has to go to Stewart Twyham of Bawden Quinn Associates, who worked round the clock to set up a new server on the other side of the globe to handle the uptake – and indeed for doing the technical development on the site to begin with. My role, as the head of the Web design company which designed the site, Labrow Marketing, was to offer advice, press damp cloths onto Emma’s brow and peddle hard to get this back on line. Throughout it all, Emma has been a star, talking to everyone who wanted an interview (until midnight one day) and patiently putting across her point of view.

“I’d personally like to thank all of the people who have offered Emma support, and all of those on the Facebook group who want her to get her job back.”