What if HAL was a woman? What if HAL’s voice was…my voice?? 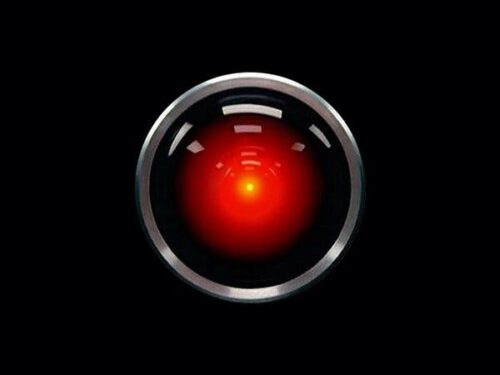 Trust me, when I say I’m a huge fan, I’m the kind of fan who knows what props were on Ullman’s office desk in The Shining and why the window behind his desk made no architectural sense. I’m the kind of obsessive that knows that after the two weeks’ worth of voiceover work for A Clockwork Orange, Malcolm MacDowell was told by his agent six months later that he had only been paid for one week. (When MacDowell challenged Kubrick, Kubrick allegedly checked his records and told MacDowell that he paid him for one week because the other week had been ping-pong games). I’ve studied the organic lighting design in Barry Lyndon, and how the NASA cameras enabled Kubrick to film using only candlelight. I can talk endlessly (and I really do mean endlessly) about the twin/mirror imagery in Eyes Wide Shut. So imagine my joy when my dear pal Peter Labrow at Content Productions asked me to voice some lines for a reimagining of one of the most famous scenes in 2001: A Space Odyssey.

Yes, Peter wanted me to become HAL. A female HAL.

You have no idea how excited I was about this.

I love the voice work for HAL. It’s iconic. I mean, *everyone* knows it and references it in voiceover direction. It was originally done by Nigel Davenport but Kubrick felt he was too English. (Learn more about the HAL voice here.) The final voiceover was created by Douglas Rain. I love what he did with that voice. To me, he manages to sound melancholy, threatening, wise, maternal, terrifying. He actually voiced it lying down, with his feet elevated on pillows to help him sound relaxed.

When I hear the HAL voice, I see the sad eyes of a religious icon. He sounds like a fallen angel to me. The almost regretful tone, the judgment, the retribution. I bloody love it. It’s a masterclass in subtle voice technique.

Much of this is down to Kubrick’s brilliant sound design: the silence, the two types of spaceship noise, Bowman’s tapping of the keys and the treatment on the voices – they all work together to create a perfectly timed sense of tension, anticipation and threat. But the voice work is outstanding. I couldn’t wait to have a crack at it.

Have a listen to me and Peter recreating this scene, just for the hell of it. I mean, it’s every voiceover’s dream, right?

To learn more about my work as a space vehicle voice, have a read of this blog about when I played The Starship Avalon in the Hollywood movie ‘Passengers.’

“i really want to be a voiceover, can you help me?”