The John Lewis Christmas ad and the power of gloves 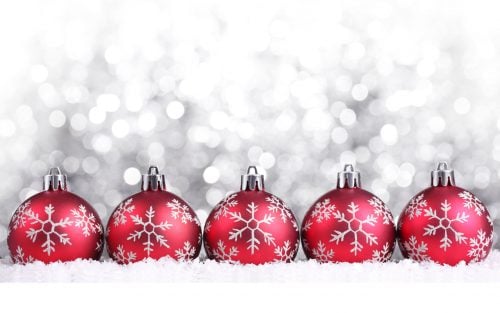 The 2012 John Lewis Christmas ad is a work of heart-tugging, recession-friendly advertising brilliance. It’s a metaphor for how tough it is, out there, for consumers everywhere.

When thinking up a new Christmas TV ad in the depths of the worst recession known to man, it’s gotta be a tough call to come up with something that’ll a) not make people want to chuck their gruel at the telly and b) inspire consumers to go out and buy stuff.

So what have we got in the John Lewis ad? An appealing child, a snowy landscape, two snow people in love, a journey to a shop, some gratefully-received gifts and a lovely piece of music,Gabrielle Alpin’s cover of ‘The Power of Love’.

This year’s John Lewis ad – entitled ‘The Journey’ – is a story about how, this straitened Christmas, we’re all struggling. Nevertheless, we’ll do our damnedest to overcome these struggles to show the people we love just how much we love them by buying gifts – gifts that have ideally been bought from John Lewis. But this is a subtle message and John Lewis’ name is only revealed at the very end. It’s the softest of soft sells.

To procure the gift, the snow-man goes on a journey. Well, more like an odyssey. With Herculean effort, he climbs mountains, fords streams, takes risks, feels anxious, battles against the forces of nature and finally, against all the odds, gets to his destination – a shop. All this from a guy with no legs who could melt at any moment. It’s a battle for survival. And why does he do it? Because he loves his snow lady. What this ad is saying is that John Lewis has empathy for the plight of the modern consumer. Like the snowman, we’re all battling against the economic storm. And like our snowy friend, we too are at risk from the volatile fiscal temperature and could also suffer a meltdown if the winds happen to change. This Christmas, we’ll risk parting with money to buy presents because we love the people we’re close to and, crucially, we want to show them how much we care.

In the ad, the snowman gives his snow-wife some gloves. (I honestly can’t watch that ad without singing ‘THE POWER OF GLOVES!’ And neither will you now. Sorry.) He doesn’t give her anything big, or sparkly, just a practical low-cost gift that will make her feel warm.

And who observes this wonderful transaction? A child. An innocent Christmassy child whose delight at the demonstration of the snow-people’s love is as warm as the landscape is freezing.

If the snow-people could talk, can you imagine what they’d be saying?

Snow-woman: So what are you getting me for Christmas?

Snowman: What are you talking about? I’m a snowman. I don’t go Christmas shopping.

Snowman: Come on, love. You can see how I’m fixed. I’ve got no legs.

Snowman: Oh, alright then. What do you want?

Snow-woman: DO I REALLY HAVE TO TELL YOU, YOU THOUGHTLESS GIT?

Pause while the snowman risks his life to buy a present.

This blog entry has also been published on the Huffington Post.