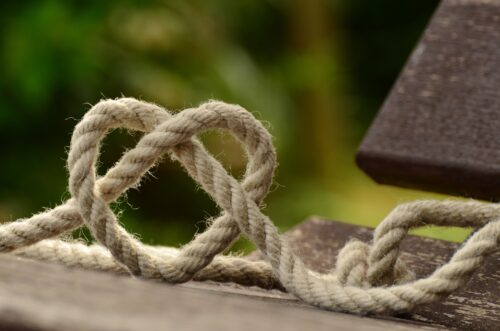 Now I’m not being funny but my job is quite hard.  And I don’t mean to sound defensive, or precious but it is.  It’s not easy doing what I do.  It takes skill to be a voiceover.  So why are people always telling me that being a voiceover is ‘money for old rope?’

It’s true, Reader.  I ran into an old friend a few weeks ago and she was asking what I was up to.  I told her what I did for a living and she burst out laughing.

“You’re joking, aren’t you?” she said, wiping away tears of hilarity.

“So you honestly just sit there talking all day?”

“Yes,“ I said, with all the dignity I could muster.

She burst out laughing again.

“But I do it very skilfully,“ I added.

Clearly she wasn’t convinced.  “Come on,“ she said.  “You’re not fooling anyone.  It’s money for old rope, isn’t it?  I’d love to get paid for sitting on my arse, chatting all day.”

And this, Reader, is what a lot of people say.

It hurts me, it really does.

I was at a party a couple of months ago – yes!  I actually left the house for a couple of hours! – and a friend of mine introduced me to a terribly clever person who did something quantum with computers.

“You do what?” he said, obviously appalled at the pathetic nature of my occupation.

“I’m a voiceover,“ I repeated.

“And you’ve chosen to do that have you?  It fulfils you does it?”

“Sort of,“ I said, shifting from foot to foot.

“Your parents must be so proud,“ he said before stalking off to have a conversation about particle acceleration with a nearby genius.

I canvassed a few of my voiceover colleagues to see if they’d had similar experiences.  Reader, it was like opening the floodgates.  There were times when I felt like I’d started a support group.

“Ever watched a craftsman at work? Brick laying, plastering, spray painting a car and matching the colour?” said Bob Lawrence.  “Those guys are really, really quick. And they are quick because they are experts in their field. Learning your trade makes it look easy. Ever watched somebody score a brilliant goal on TV, watch the replays from different angles, slow it down and every time you see it you can’t avoid thinking that it looks so easy.  It’s just a bloke kicking a ball after all…“

“I gave a young newsreader a crack at some voicing cause he wanted to branch out. He is a fine character voice but had been told by a producer that he ‘had the kind of voice that could sell chocolate,‘“ said Tanya Rich.  “Even from his speaking voice (thin and quite reedy) I knew that this was certainly not the case, and told him. After he had been in the booth doing take 9 million, he said ‘gosh this voice over stuff’s a lot harder than I thought!’ and there you have it!”

“It is a very definite skill indeed,“ said Nick Coady.   “When you talk to people you don’t know and they ask what you do for a living, and you ‘wow’ them with a live performance of a voice they suddenly realise they know well, look at their reactions.   People are usually open-mouthed when they see and hear you come out of ‘ordinary-person-in-the-street-mode’ and go into ‘Programmes-Tonight-On-BBC1-mode’.  That’s not just talking, that’s a skilled performance.”

“I still find it a challenge and I’ve been at it for 35 years,” said voicing legend Peter Dickson before swigging back a large Martini.

“No, Emma, never,“ said my colleagues.  “Maybe they were laughing at you and not your job…“

Some people are really quite rude and tell me to my face that my job is pointless.  I know it’s not brain surgery and it’s hardly like working down a mine all day and I really don’t want to seem snippy but honestly, voiceovers WORK HARD.

So for all the wannabe voiceovers out there, and Lord knows, based on the hundreds of emails I receive each month there are enough of them, voicing isn’t easy.  It’s not ‘just talking’ for a living.  It’s a craft.  And to do it well you have to be damn, damn good.

Emma’s choice of chair is getting her back up