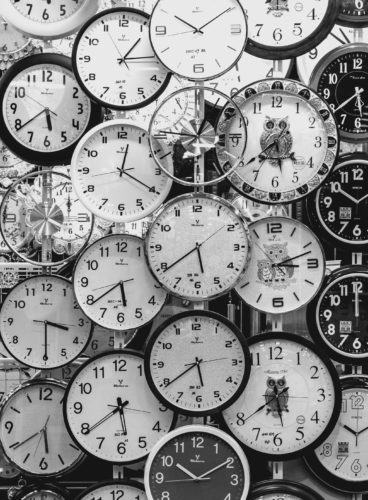 We’re given scripts to read that have to fit into a fixed period of time – usually 10, 20, 30 or 40 seconds. But copywriters rarely actually write scripts that will fit into (for instance) 30 seconds without a helluva squeeze. This can be due to the client *insisting* that extra words and details *must* be in the ad.

It can be hard to say no to a client who won’t budge an inch, and wants their phone number, address, URL and postcode in their commercial.

Clients will say ‘just make it fit’ and because everything in the production process rolls downhill to the producer and the voiceover, we somehow have to make it work. Especially if the ad’s on air in 10 minutes and nobody can get hold of the sales exec, the client, or the writer.

This ad had a script with many, many words in it. It would have made a lovely 40 seconder.

The direction was ‘relaxed’ and the writer wanted to allow plenty of time for the words to breathe. There wasn’t any time so we just had to make it fit without compromising the read too much. (While still somehow allowing the words and me to breathe without having an embolism).

My approach to this was to try to make it sound like an up-market telly ad. The angle I was going for was ‘imagine Cate Blanchett went to Dunswell to buy a conservatory.’

The effect I wanted to create was the illusion of space in the script that just wasn’t there. All voiceovers have been in a session where the producer says, ‘can you go faster while making it sound slower?’ This was one of those sessions.

The ad has turned out pretty well but this is mainly due to the incredible production talents of my great pal Rik Watson. Without his skill this ad would’ve been a disaster.*

why i love my computer