the power and prejudices of received pronunciation 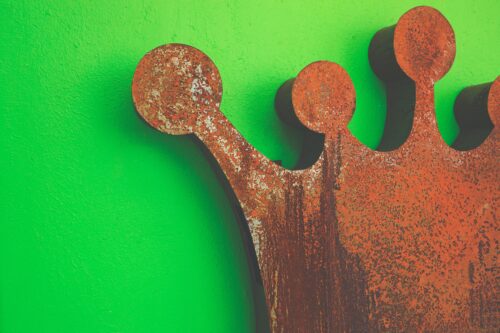 “It is impossible for an Englishman to open his mouth without making some other Englishman despise him.”  (George Bernard Shaw, Preface to Pygmalion, 1910)

In advertising broadcast media, speaking in RP is essential. The attitudes generally held about RP suggest we feel that RP speakers are well-educated, authoritative, persuasive, intelligent and professional.  Indeed, these words often constitute the direction at the top of the script for the voiceover to follow. In the world of voicing, these qualities so often reflect the brand values of the product being spoken about and the voiceover’s job is to embody the characteristics of credibility, quality, reliability and prestige in order to successfully sell that product. It’s generally believed that only RP can achieve all that. Interestingly, regional accents are often perceived to convey qualities such as friendliness, generosity, honesty, integrity and sense of humour.  For most British people, how a person speaks is a social symbol. These attitudes (prejudices?) have been confirmed by socio-linguistic research, and suggest that accents are judged by the stereotypes listeners already hold about their speakers. And largely, in Britain, our perception of RP and regional dialects has been in place for centuries.

In ‘The Arte of English Poesie’ in 1589, George Puttenham wrote ‘…though no man can deny but that theirs is the purer English Saxon at this day, yet it is not so Courtly nor so currant as our Southerne English is…ye shall therefore take the usuall speech of the Court, and that of London and the shires lying about London within sixty miles, and not much aboue.’ So even in the sixteenth century, ‘pure’ English was only deemed to be spoken in places no more than sixty miles from the capital.  Already a north / south divide was emerging…

One of the reasons for this was the decision made in 1473 by Thomas Caxton when he selected the Standard English dialect to be used in printing.  He chose the South-East-Midlands dialect and pronunciation, and therefore unwittingly established the norm to be forever perceived as the best, truest form of English. And of course, it was from the south.

As the Industrial Revolution changed British society, the working classes were clearly delineated: socially, economically, educationally – and they were clearly marked from ‘polite society’ by the way they spoke  In Thomas Sheridan’s ‘Course of Lectures in Elocution’ 1762, he said: “Nay, in the very metropolis two different modes of pronunciation prevail…one is current in the city and is called the cockney; the other at the court-end, and is called polite pronunciation….All other dialects are sure marks, either of a provincial, rustic, pedantic or mechanic education; and therefore have some degree of disgrace annexed to them.”  I love that he thought a regional accent was a disgrace!  To remedy the ills of poor pronunciation, he goes on to advise:  “And as the court pronunciation is no where methodically taught, and can be acquired only be conversing with people in polite life, it is a sort of proof that a person has kept good company, and on that account is sought after by all, who wish to be considered as fashionable people, or members of the beau monde.”  Here he’s advising that educated people of breeding should not mix with the riff-raff, for fear of linguistic pollution…

This attitude of horror and outrage at regional accents is echoed in John Walker’s ‘A Critical Pronouncing Dictionary’ of 1791, which prefixed word meanings by the ‘Rules of Pronouncing.’ (This was part of the effort to standardise pronunciation of English).  Walker recognised the variety of dialectal pronunciations throughout England and gave ‘rules to be observed by the natives of Scotland, Ireland and London, for avoiding their respective peculiarities.’  He concludes by saying, ‘the vulgar pronunciation of London, though not half so erroneous as that of Scotland, Ireland or any of the provinces, is, to a person of correct taste, a thousand times more offensive and disgusting.’

The industrial revolution had borne a British middle-class eager to distance itself from all grubby working-class connotations of intellectual and social inferiority. In 1891, the elocutionist Arthur Burrell pointed out to his readers that ‘it is the business of educated people to speak so that no one may be able to tell in what county their childhood was passed.’ A regional accent was regarded as a social disadvantage. To anyone aspiring to be middle-class and all the economic benefits that brought, is it any wonder people were eager to erase their regional accent?

The British Broadcasting Corporation (BBC) was founded in 1922.  From the start, the nature and characteristics of the voices heard on the airwaves was a matter of hot contention.  John Reith, the first Director General said: “One hears the most appalling travesties of vowel pronunciation. This is a matter in which broadcasting can be of immense assistance…We have made a special effort to secure in our various stations men who…can be relied upon to employ the correct pronunciation of the English tongue.”  The BBC cast itself as the guardian of Received Pronunciation and had a policy of only employing RP speakers as announcers and news-readers.  In 1926 the BBC Advisory Committee on Spoken English was established.

Regional voices were used, but were only really heard in comedy and light entertainment shows, making jokes that reinforced social and cultural stereotypes. RP was regarded as the voice of authority, used for all ‘serious’ broadcasting and the national news. And in a move that reflected the spirit of the age and its deference to status and status-consciousness, news announcers were required, from 1925, to wear dinner jackets while broadcasting.

In 1941 the BBC hired Wilfred Pickles – a Yorkshireman with a broad Halifax accent – to read the news.  There was a flurry of complaints. Listeners claimed they didn’t believe what he was telling them; they thought he was untrustworthy. The BBC’s motives for using Pickles as a London announcer in the middle of the Second World War also gives an insight into the prejudices and assumptions made about regional accent speakers; the BBC thought the Germans would have greater difficulty in understanding and imitating a Yorkshireman. As Pickles noted in his autobiography: ‘The BBC’s standard English had become a firmly rooted national institution like cricket and the pub and, Hitler or no Hitler, it meant something when there was a threat of departure from the habit.”

Today, RP is giving way to a new kind of generic southern accent; Estuary English. But the stereotypes and assumptions continue.  Estuary English admits people to the inner circle and acts as a ‘class barrier.’ It’s interesting to note that Margaret Thatcher adopted RP to appear more educated, powerful and authoritative to the electorate, while Tony Blair has swapped RP for Estuary English in an attempt to identify more closely with the people he represents. For advertising media though, Estuary English probably wouldn’t cut it  It wouldn’t be ‘posh’ enough, credible enough. For advertising, although voiceovers are often asked to be ‘classless’ the accent required is almost always reflective of upper-middle class values and ideals.

Of course there are regional accents used in advertising – Dervla Kirwan’s Marks and Spencer campaign has been hugely successful with her light Irish burr, as has Sean Bean’s Yorkshire-accented O2 work – but these are relatively recent departures from RP. In Britain today, RP is still generally regarded as the voice of authority, the voice we trust, the voice we most want to be like, and certainly the voice we usually choose to endorse our marketing.

For me, I love hearing regional accents. I love the diversity of English speakers, how they communicate and the feelings they engender in their listeners. I hope the trend to use regional accents in advertising continues. I think if it does, it indicates a more accepting, less class-conscious society. As Wilfred Pickles said in 1949, “May it be forbidden that we should ever speak like BBC announcers, for our rich contrast of voices is a local tapestry of great beauty and incalculable value, handed down to us by our forefather.’ I couldn’t have put it better myself.

The material and references used in this article are taken from ‘Changing English’ edited by David Graddol, Dick Leith, Joan Swann, Martin Rhys and Julia Gillen, (Routledge / Open University 2007), one of the course books for the Open University’s ‘Exploring the English Language’ course: U211.

The hell of counting