“could you do it in the style of the m & s food commercials?” 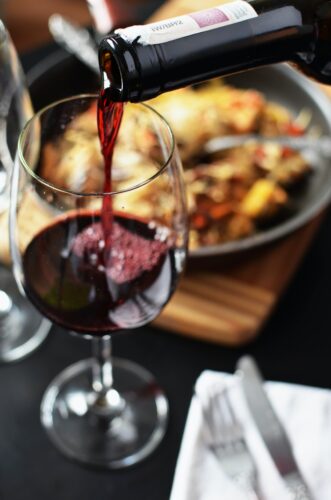 If I had a quid for every time I’ve been asked to voice a script in the style of the sensual, husky M & S food campaign as voiced by Irish siren Dervla Kirwan, I wouldn’t be sitting here writing this blog.  (I’d be languishing on an idyllic island with a willing manservant called Pepe, but that’s another story…)

The M & S food commercial’s simple structure – “this is not justinsert name of product here, this is insert name of client followed by product name again, said with a sense of pride, simmering sexuality and unquestioning finality” – has struck a chord in the hearts and minds of clients, consumers and copywriters of the United Kingdom. The commercial’s undersold simplicity implies that the quality and reliability of the product needs no further explanation.  And everyone wants a piece of the action.

I’ve done this kind of ad for all sorts of products and services including estate agents, hairdressers, garden centres, mortgage brokers, car supermarkets, dating agencies, cosmetic dentists, tanning salons, caravan showrooms and most intriguing of all, a skip hire company.

What can possibly go wrong?

The ads I voice are not accompanied by sumptuous, sensual images of plump, glistening strawberries tumbling coyly onto the top of a wonderfully-lit, rich, naughty-looking chocolate cake, or shot of a deliciously intoxicating swirl of burgundy liquid lolling and rolling in a big round wine glass…and let’s face it, nor am I Dervla Kirwan.  But the client’s perceptions of these ads are bound up and blurred by their emotional response to the beguiling package of sexy audio and sexy visuals.

While radio’s ‘theatre of the mind’ can achieve a lot, it’s a fundamentally different medium to television…and telly ads done on the radio are, by definition, always going to have their limitations…  But for a client who’s fallen in love with the M & S food commercials, he wants an echo of that in his radio ad.  Even if his product is about as rich and sensual as the mumps.

So how does the producer handle this?

Well, first of all, there are some pretty weighty legal issues to deal with.  It’s not legally possible to blatently rip off another ad campaign.  Which means that it’s not strictly legal for me to do a close rip-off of Dervla Kirwan (or any other celebrity to be honest, but that’s a whole different blog)…which means that for the most part, the client won’t actually get what he / she thinks he’s going to get…because the producer will do all he / she can to protect everyone involved from litigation…  This might mean altering the wording, the style of delivery and maybe the use of sound effects, music and (Lord preserve us) a sung jingle.

What’s usually happened in the preamble to the ad reaching the producer’s in-tray is a conversation with the sales exec about how much the client loves the M & S food campaign.  In some cases (heck, not all!) the sales exec will promise the world to the client, just to secure the sale and will unwisely lead the client to believe that anything’s possible – an expectation the copywriter / producer / voiceover will have to deal with further along the food chain.

The upshot tends to be a watered-down version of the M & S food campaign.  That is, the only trace of the M & S campaign is a take-off of the much-revered strapline…but gone is the sensuality and hyperbolic, gushy copy-style the client fell in love with…but this is usually a good thing if the product isn’t conducive to such a touchy-feely treatment.

Here’s what usually happens…
Producer: Can you read it through for time and levels, Em?

Me: It says at the top that they want it in the style of Dervla Kirwan.  Do they mean with the Irish accent or without the Irish accent?  Or just read with lots of cleavage?

Producer: Oh God. I’ve not had chance to look at this properly.  Let me ring the writer.

(Pause while the producer tries to ring the writer).

Me:  I know…should I give you a read that’s got just a hint of cleavage?

Producer: Go on then.  Let’s try it through for time and levels…it looks a bit long for a 30 second ad…and the writer’s put ‘client written’ at the top of the script…er…but there is a tail-end sing on the jingle that lasts seven seconds.  Are you ready?

(sound of jingle being played…think majestic pan-pipes meets ‘The Corrs.’)

Me: We pride ourselves on providing the best quality, value and service possible.  We’ve been satisfying our customers for the past seventeen years and have built our reputation on reliable service and excellent attention to detail.  You, the customers, are our sole focus.  As a family-run business, we take pride in delivering a personal, tailor-made service that’s second to none.  Our products are hand-crafted, freshly painted and designed with you, the customer – and your home – firmly in the forefront of our mind.  These aren’t just soffits and fascias…these are Soffit & Fascia Emporium soffits and fascias.

Jingle: (singing in the style of Celine Dion)  It’s time to face your fascias!  Soffit and Fascia Emporium, Wooton Bassett!

Producer: Bugger.  That was 34 seconds long…
Let me know if you hear more than five M & S homage commercials in a week, what they were for and where you heard them and I’ll send you a present!