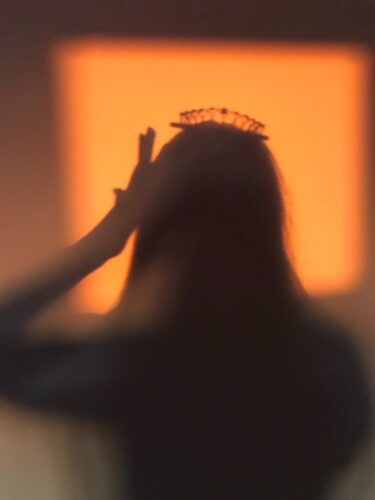 I’m a massive Tudor history nerd. I’m a nerd about many things tbh, but Tudor history in particular fascinates me. Over the years I’ve read widely about the events at the Tudor court from the early 1520s up to May 19th 1536 when Anne Boleyn was executed on the orders of her husband.

Over the centuries, historians have been divided about who was behind the plot to frame Anne. Was it Thomas Cromwell, her enemy and Henry’s henchman? Was it Jane Seymour’s family, eager to set their girl on the throne? Was it Henry himself? (For more about this, do check out the brilliant Boleyn Files)

A recent discovery of a warrant book strongly suggests that Henry planned every detail of his wife’s beheading. The document reveals that Henry worked out details such as the exact spot for the execution (“upon the Green within our Tower of London”), making clear Kingston (the constable of the Tower) should “omit nothing” from his orders.

“We…command that… the head of the same Anne shall be… cut off.”

Was Henry mad, bad or just desperate to get an heir? Since the sixteenth century, there’s been speculation about his health – mental and physical. What drove him to become such a tyrant? Was he sick? Insane?

While jousting on 24th January 1536 Henry suffered a traumatic head injury. The accident occurred at a tournament at Greenwich Palace when 44-year-old Henry, in full armour, was thrown from his horse, itself armoured. The horse fell on top of him. He was unconscious for two hours and was thought at first to have been fatally injured. On hearing the news, Anne was greatly distressed. On 29th January – just five days later – she miscarried a baby boy. The failure of this pregnancy put the marriage under strain and left Anne in a vulnerable position.

In fact, this was Henry’s third major head injury. In March 1524 the king was unseated after a jousting lance entered his open visor. In 1525 he fell and hit his head while out hawking.

But after his accident in 1536, Henry’s behaviour became more paranoid and erratic. To read expert views on the affect of these accidents, click here and here for this article that appeared in the medical journal The Lancet.

When I think of Anne Boleyn, I think of a woman killed for crimes she did not commit. She was accused of incest, adultery and there were whispers of witchcraft. Her accused lovers – including her brother George – were all executed days before she was put to death herself. I can’t imagine her distress, her fears for her daughter Elizabeth – who she probably knew she’d never see again – her terror of a violent death and her hope that Henry might relent and might, just might, at any moment save her life.

Anne’s motto was “The Most Happy.”

I find this heartbreaking.

I wanted to write a piece of music with a flavour of the Renaissance, court dances, swirling rumours, threat, fear, a whiff of ecclesiastical incense and at the end, an execution. I wrote this piece for a string quartet with guidance from Tom Harrold. The music here has been created using Sibelius software and Noteperformer (so no actual humans were involved. Apart from me, obvs).

Emma Clarke · The Most Happy (The Tragedy Of Anne Boleyn)

At the end of the piece, the musicians would turn their instruments around and knock the wooden soundboard three times. Then, after a pause, the muscians would clap once, loudly, bringing their hands together in an attitude of prayer. The musicians would lower their heads and the lights would smash to black. In the sampled piece, I’ve used a bass drum to create the same effect.

I hope you enjoy the piece.

Want some light relief and some stupid stuff? Click here!

Here’s a British Library podcast about the fall of Anne Boleyn.

The British Library · The Lady in the Tower: The Fall of Anne Boleyn

How I didn’t become the voice of waterboarding