the truth about working alone 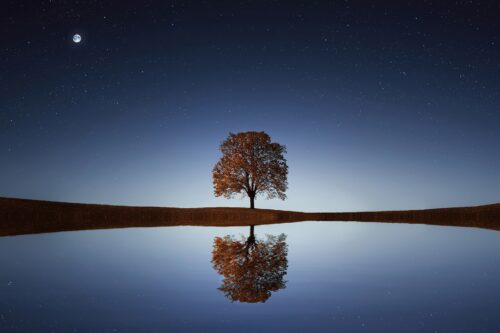 I worked alone for years

For years I worked alone in the lonely garret I call my studio.  I was the ashen-faced wraith staring longingly out of the attic window at all the sociable people.  (I don’t actually work in an attic.  I said that for dramatic effect because I want you to pity me.  I actually work in what used to be a downstairs loo but that’s another story…)

Reader, I was socially starved.  I was becoming socially autistic, no longer able to understand the facial expressions of others.  But fortune smiled upon me and the long, lonely days of yesteryear are no more!  It came at a great time because I was beginning to notice I was becoming the kind of person one moves train seat to avoid.  I was striking up intense conversations with complete strangers about all sorts: my relationship with my mother, global warming and whether it was morally right to enjoy ‘Big Brother.’  It was time for change.

I got this phone call…

I’d worked with Rich Sweetman for years.  He was a producer who hired me to voice commercials – he was my customer and had been for ages.  But he made the decision to leave his job and go freelance as a voiceover.  The poor, mad fool.  Nevertheless, he asked me if I’d share my studio with him.  Reader, I nearly bit his hand off.  Gone were the days of solo lunches!  Gone was the talking to myself just to pretend I had company!  Gone were the frightened looks of bewildered shop assistants when I asked their opinion on carbon emissions!

Sharing my studio has given me many, many benefits.  Not only do I get the chance to write while Rich is in the studio recording pan-global Coca-Cola commercials, we do double-headed scripts together!  (For those not familiar with advertising-speak, this is not a pornographic reference, it just means we can voice scripts that feature a male and a female voice).  And I have someone to talk to.  Someone human.

Rich has told me to issue a statement to convey the following about my sharing the studio with him:
a) it’s great
b) it makes my day go a lot quicker
c) on Friday afternoons I can enjoy the champagne / scratchcard / trivia quiz ritual with another human being
d) it’s great!

And it is!  Not only is he a top bloke to work with, he’s a very good voice too.  Have a listen:  www.voiceovers.co.uk/rich.sweetman/

If anyone has any tips to help home workers, do share them.  As long as they’re not silly.  Or rude…