Voiceover ethics – a shortcut to hypocrisy? 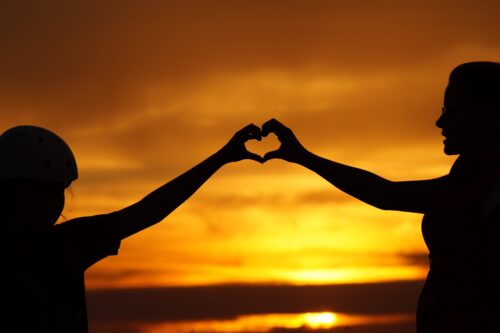 This morning I received a tweet from a skin cancer fundraiser about Boots’ decision to ‘ban low price competitors using star rating sun creams.’ The tweet pointed to this story. If it’s true – and as we’ve learned the veracity of some journalists’ claims can sometimes be dubious – then it really is an outrage. Reading it, I felt furious. I say this because my father’s death was caused by melanoma, an aggressive form of skin cancer. Because of my personal experience, anything skin-cancer-related touches me.

So I retweeted my friend’s original tweet. Immediately someone challenged me: “In a show of solidarity will you now refuse to ever be the voice of Boots?” I felt irked. In a show of solidarity with whom? To my knowledge no-one was suggesting a boycott of Boots. Besides, it’s not been suggested that I should be ‘the voice of Boots’ (whatever that means). I replied: “Better than pledge to never accept an offer that hasn’t even been made, a more proactive approach is to ask followers to RT?”

I suspect making a one-woman protest against a company I don’t fully approve of would be pretty ineffectual. I’d rather write this blog in an attempt to raise awareness of Boots’ sun cream decision and let others make up their own minds.

But it does raise a question: if an advertising professional disagrees with the ‘ethics’ of a company, does it make them a hypocrite if they later accept work from said company? Or is it fair to say that principles don’t pay your mortgage? Should one’s moral compass be one’s sole guide in making commercial decisions?

Personally, I refuse work that I’m just not comfortable voicing: scam competition phone lines, psychic phone lines, unsolicited ‘spam’ telephone messages and anything which in my limited wisdom I deem to be dodgy. I like to think I’m an ‘ethical’ person but maybe I’m deluding myself: I doubt that in the course of my professional life I’ve worked for companies whose ‘ethical’ reputations are completely stainless.

So in an expanded reply to my tweeter: in my view big, gobby shoot-from-the-hip, Twitter-inspired pledges – like promises, corporate mission statements and wedding vows – are so terribly easily broken.

Want to hear some daft stuff I recorded for BBC Newscast? Click here!

Voicing a film for an award-winning novel