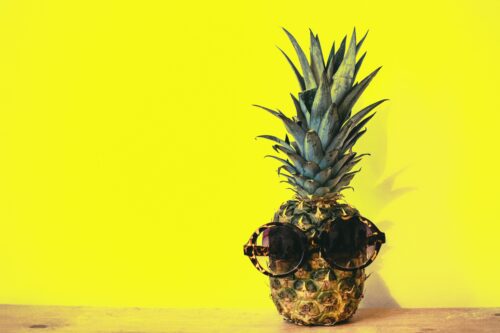 I’ve just voiced a radio commercial with the direction “the voiceover must sound like a normal person.”  Reader, I struggled.

I’ve wobbled on elsewhere about vox pops and how advertisers say they want ‘real people’ to sound like they’ve voiced their ad but in reality this is rarely the case.  Real people don’t sound good when they have a microphone poked in their face.  Real people don’t come up with the right buzzwords when asked to wax lyrical about a particular product or service.  At best a real person sounds embarrassed, at worst they sound incoherent and a bit shifty.  So people hire voiceovers like me to pretend to be normal.

How normal is normal?

When faced with a script like this I always ask the producer “how normal do you want me to sound?”  Usually they say, “just be yourself.”  Then they realise what they’ve said and ask me to sound fresh and upbeat instead.

I always give different grades of normal; the embarrassed / incoherent / shifty read of the normal normal person; the read of a normal person who might be keen on amateur dramatics and consequently is quite used to performing like a monkey; and lastly, the actor-being-told-to-sound-natural read.  Usually clients go for the last one.  This is because the actory read will push the key words, highlighting the features and benefits of the product or service and won’t sound quite as rubbish as really normal reads.

A new approach to being real

Last week I voiced a vox pop ad for a housing development.  I had to say phrases like: “it’s so spacious!” and “it’s so handy for local schools and other amenities” so I suggested an approach that I figured might make it sound more convincing, more real…and not as though a marketing professional had stuffed abnormal words in a normal person’s mouth. Because in the real world, no-one says things like that.  Or if they do, they’re mental.

“Why don’t I improvise around those phrases a bit?” I said.  “That way you can cut around the phrases the client wants but they’ll sound as if they’re coming from a genuine context.  It should sound as if you’ve edited the highlights of an interview.  What do you think?”

The producer thought was a good idea.  Or at least that’s what I think he meant when he grunted.  So we did it.

“I’ve looked at other houses and this one’s my favourite because it’s so spacious – I can even fit my enormous furniture in here,“ I said.

“No, no, no.  Enormous furniture sounds weird,“ said the producer.  “Can’t you say something else?”

“Yes but you can cut that bit out,“ I said.  “It doesn’t really matter what I say. Just cut out the ‘it’s so spacious’ part and it’ll sound more real.”

“Let me do the next one and you’ll see what I mean,“ I said, persevering.  I launched into the next take.  “‘And the location’s great! It’s so handy for schools and other amenities, not to mention being only round the corner from my sex addiction counsellor…‘“

“YOU CAN’T SAY THAT!” bellowed the producer.

I explained again that he could remove all extraneous words and just use the ones the client wanted.

Anyway, eventually he understood what I was getting at and I think we got a more realistic-sounding read as a result.

But somewhere there are unused bits of audio with me saying things like: “…just look at the kitchen and bathroom! The spec is just great – it’s going to be perfect for our swinging weekends, isn’t it, darling!”

In my job, you have to get your kicks wherever you can.

My voice plays a bit-part in 2 Sony nominations

Why taking a holiday is good for your voiceover career

the truth about working alone