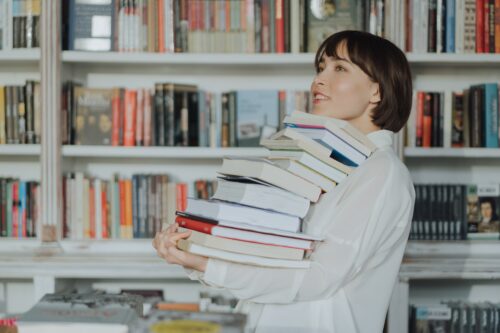 If there’s one thing that’s going to kill the success of a radio commercial it’s an over-written script. Many’s the time I get sent a fax with gazillions of words and the legend “30 seconds” at the top of the script. Now I know, and the producer knows, that there’s no way on God’s good earth that that’ll fit into thirty seconds.  But some clients are convinced that a voiceover has the ability to bend the laws of physics. They’ll say stuff like ‘could you do it faster and make it sound slower?’ Or my particular favourite ‘have some fun with it – explore the space…’

Now it isn’t always the client’s fault. Sometimes the copywriter hasn’t timed the ad properly. And for all you lovely copywriters out there who don’t read their scripts aloud, at a reasonable pace – SHAME ON YOU!  It’s a copywriter’s favourite trick to murmur their way through an ad in an effort to convince themselves they’ve written it to time. But sadly, dear Reader, that’s rarely the case.

Sometimes the client’s bullied the copywriter into putting all sorts of stuff into the ad (postcode, grid reference, phone number sixteen times etc etc). Sometimes the sales exec’s reassured the client that there really is time to give an overview of the company history (“Colin and Sue started their hugely successful welding company 25 years ago in a remote crofter’s cottage in the Orkneys…”). Most of the time it’s a combination of the two.

Usually though, the only thing between an ad being a great success and a real wet kipper is the copywriter lacking the confidence to say “NO!” to a client. Assertiveness – and the back-up of one’s lovely, lovely colleagues in the sales department – can make all the difference to a commercial. Please, copywriters everywhere, if a client’s insisting that extra words have to go into a script pleasepleaseplease tell them they have to take something else out, otherwise the voiceover will end up sounding like Kermit on speed. Listening to a flagging voiceover cough up bits of lung at the end of a take isn’t pleasant – there’s only so much a v/o can achieve with rib-reserve breathing… And it doesn’t make for a great ad either.

In the same way that press ads with lots of white space suggest a quality, classy product, air in a commercial can have the same effect.

And a rasping voiceover.

And I could have told you, Vincent…

Between the Ears – a programme for BBC radio 3

A poem for our times